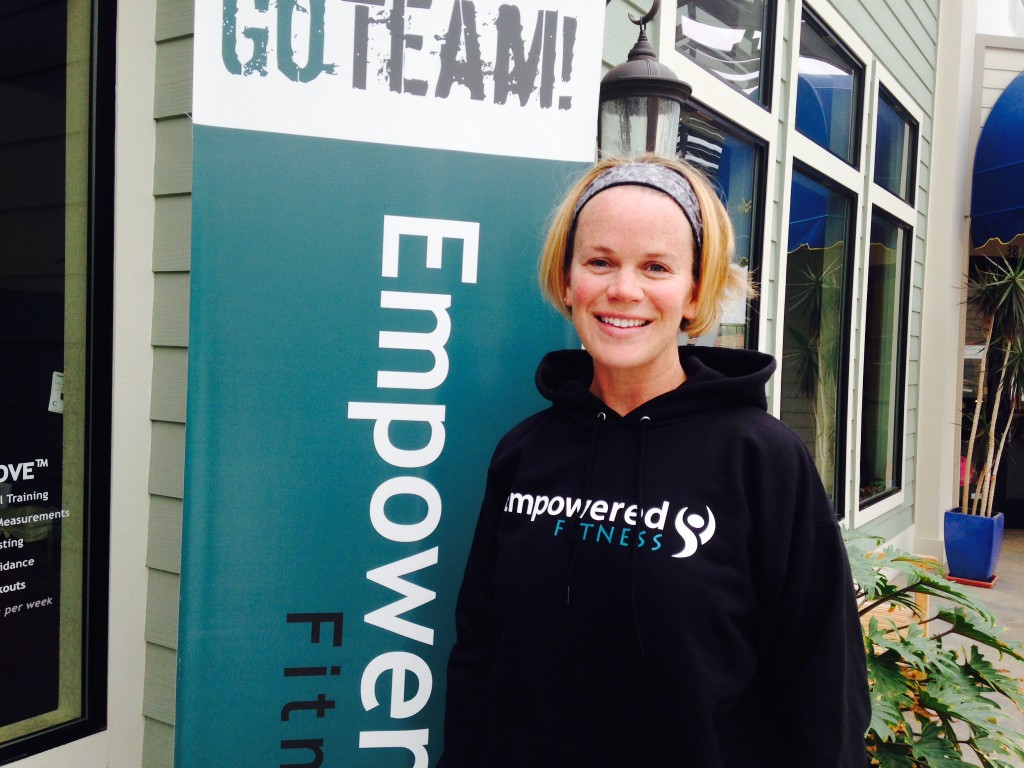 In part one we learned about Julie’s struggle with post partum depression and her inability to get back on track even after managing her PPD. She spent all of her energy on her two young daughters and didn’t feel like she had any left for herself. Julie felt like she was trapped in her own body. She knew she needed to improve her health, both for her and her girls.

Julie joined Empowered Fitness and immediately felt like she had found her happy place. She stopped being overwhelmed by the prospect of exercising again and started to get excited about it. Julie felt comfortable because the trainers encouraged her based on her individual ability, rather than comparing her to the person next to her. She became much more positive about what she was capable of, both in and out of class, especially with her girls.

After a year and a half at Empowered Fitness Julie started to get frustrated with exercise again. She had a lot of stress in her life at the time and stopped improving, no matter how much she worked out. Julie thought she must be missing something, so she decided to try another approach and signed up for the Empowered Fitness nutrition program. Turns out she was right; Julie lost 10 pounds in the first week! After the month long program, she started to feel like herself again.

Three years after joining Empowered Fitness Julie was a regular in the community. She was friends with many of the trainers and continued to regularly attend classes. After all of her growth and success, Diana, the owner of Empowered Fitness, asked Julie to become an Empowered Fitness trainer. Even though it was something she had never done before, Julie jumped in with both feet! She was so excited to be able to motivate and support people who were in her old shoes.

Seven months later, Julie is now a trainer at Empowered Fitness. She loves teaching classes and being around all their members who have committed to being healthy. Julie also likes being a spark of positivity in their day, as the other trainers were for her when she first joined Empowered Fitness. Her girls are growing up in a body positive household, where they are taught to not be ashamed or negative about their bodies. Julie has become the strong role model she knew she wanted to be, for both her girls and the members of Empowered Fitness.

Congratulations on your success Julie!