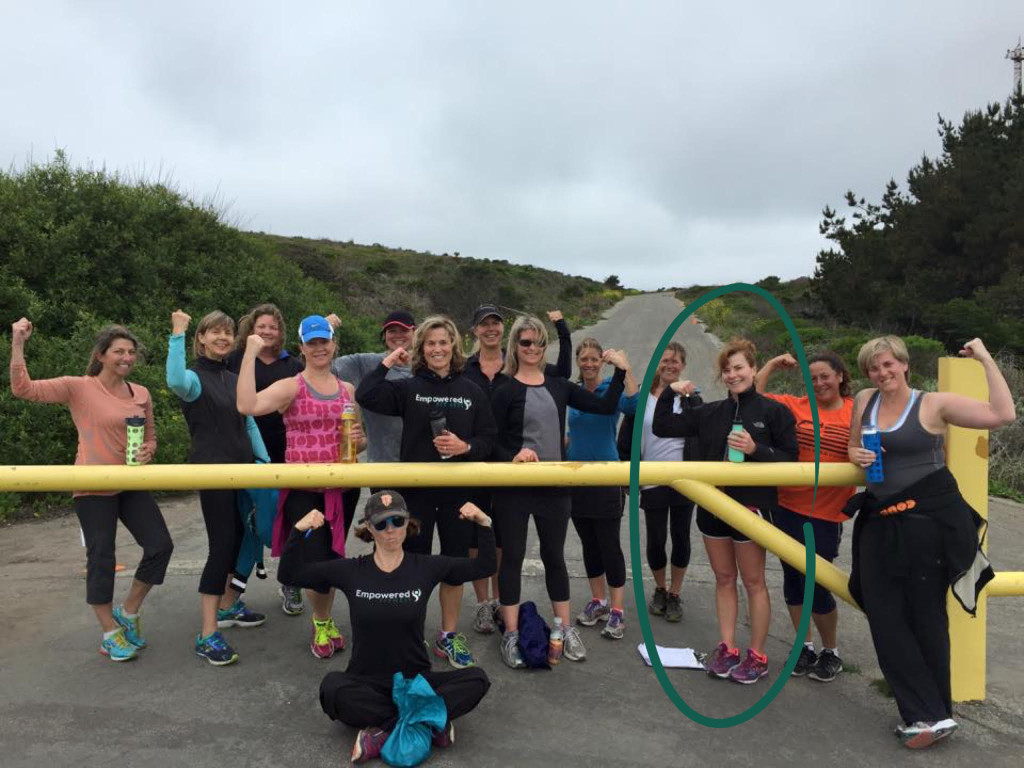 In part one we left Stephanie dealing with severe plantar fasciitis after running a half marathon. She felt like she was back at square one and wanted to find an alternative form of exercise to running. In Fall 2014 she decided to join Empowered Fitness.

Now, Stephanie classifies herself as more of an introvert and was used to the solitary practice of running. She was also dispirited by her injury and wasn’t feeling very positive. But even in her first few weeks at Empowered Fitness she felt more encouraged and included than she had ever expected. In her Empowered Fitness classes, the trainers were always supportive of her no matter how much she could or couldn’t do. And not only the trainers, but all of the Empowered Fitness members were also empathetic. Everyone had their own injury story to share and offered helpful tips to Stephanie. They made her feel like she was doing her best, and she started to believe it.

Within the Empowered Fitness community, Stephanie’s plantar fasciitis began to improve. As her injury gradually became less debilitating she also noticed improvements in her overall health and fitness. In Spring 2015, Stephanie took part in the Empowered Fitness nutrition program on a whim and found it to be great not only for her nutrition but her state of mind. She continued to accept that no one can be perfect and strived towards improving her energy and vitality over perfection.

During the Empowered Fitness nutrition program, Stephanie underwent a grueling, weeks long interview process for a position at a prestigious technology company in Silicon Valley. As soon as she got the job she was told that the funding was cut for the project. Stephanie once again felt like she was at square one, but it didn’t affect her the same way as her injury had. This time she was a part of this supportive community that had taught her how to have faith in herself and she knew that this was just another challenge that she would overcome.

Stephanie continues to make progress and her running injuries are much more manageable today than when she started at Empowered Fitness. We will end this post in Stephanie’s own words, which truly sum up her fitness journey.

“I’m happy to say that yesterday was my 46th birthday, and I am in the best shape of my life! I have a demanding career and I’m a mother to 5 year old twins, but I’m in good health and have all the energy I need. I sometimes joke about what a drag it is getting old, but in truth, I feel pride in what I’m capable of, and all that I’ve achieved.”

Congratulations on your success Stephanie!